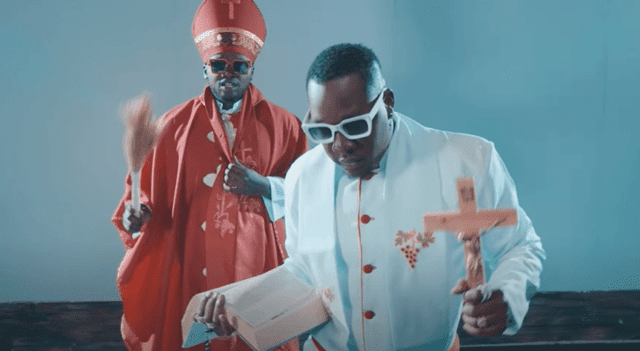 The pair debut a trap Hip Hop single with hard hitting beats on which they spit mad rap flow, mixing both Swahili and Luo; a Kenyan ethnic language.

They also debut the official music video set in a church where they offer gratitude to their maker as they count their blessings.

The official music video is shot and directed by Trey Juelz.