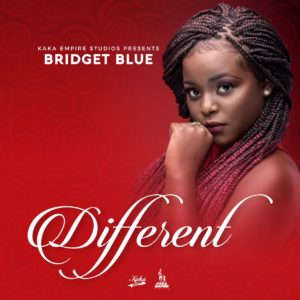 Kaka Empire's new signee Bridget Blue releases a new video for her debut single "Different". The vocalist was discovered at the Kaka Empire Studio Talent search. The smash hit single was produced by Jack Jack on The Beat at Kaka Empire Studios and the video directed by Johnson Kyalo for Empire Films.