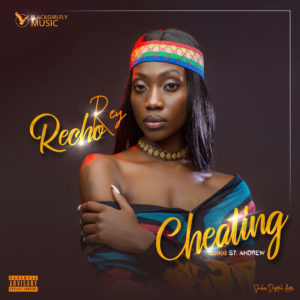 Recho Rey is one act whose star is on a rise. From having 6 nominations at the third edition of the MTN UG Hip-Hop Awards to being the biggest winner of the night with two awards bagged, Recho Rey isn't slowing down. As 2019 started she was named as one of the 12 East African Artists to watch in 2019 by Notjustok and she's already back on her grind to own the UG Hip-Hop Female throne that was left vacant ever since Keko ventured into the film industry. Her latest single cuts across all audiences. It's a tale of what a girl goes through on a night out as she goes to party with her crew and ends up cheating on her boyfriend. The lyrics are those that her primary audience can relate which explains why people have embraced her and connected with her music.