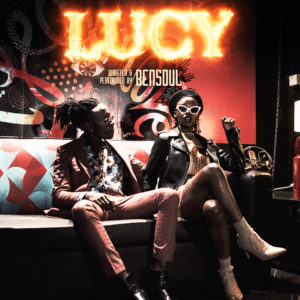 Soulful Kenyan singer-songwriter Bensoul releases "Lucy" — his debut single and music video produced by Sol Generation. An authentic sound from one of Kenya’s best live acts, the song is set to light up hearts across East Africa. Bensoul delivers a heartfelt serenade to his love interest, with mellow yet powerful vocals.

As per Bensoul, was inspired by a series of true events. Ahead of the release, he says, “LUCY is very relatable to most young people—as it tells the story of a young man who is unsure about his position in the relationship but won’t stop loving.”

An excited Bensoul shares more about his recent signing: “I feel like Sol Generation Records is where I need to be. It’s God’s grace that everything is working out because the label has my best musical interests planned out. They have a great plan for everything we intend to achieve,” additionally speaking on Sauti Sol, the label heads, “I feel like one of their brothers and so excited to see what more we will do. Together we are hoping to change the world.”

Have a listen to this fire jam:

On the other hand, Bien-Aime says of Sol Generation Records first signing, “Bensoul is a phenomenal multi-talented artist and one of the best songwriters of our time. We look forward to help grow his fan base as we take him to the next level,” adding on LUCY: “I like the groove and that he started his career on a great tempo which is just reflective of what’s to come in the future – amazing things!”

Sol Generation Records is the brainchild of Sauti Sol. This follows 10 years of building one of the most structured independent African music brands to finally bring out their legacy project.