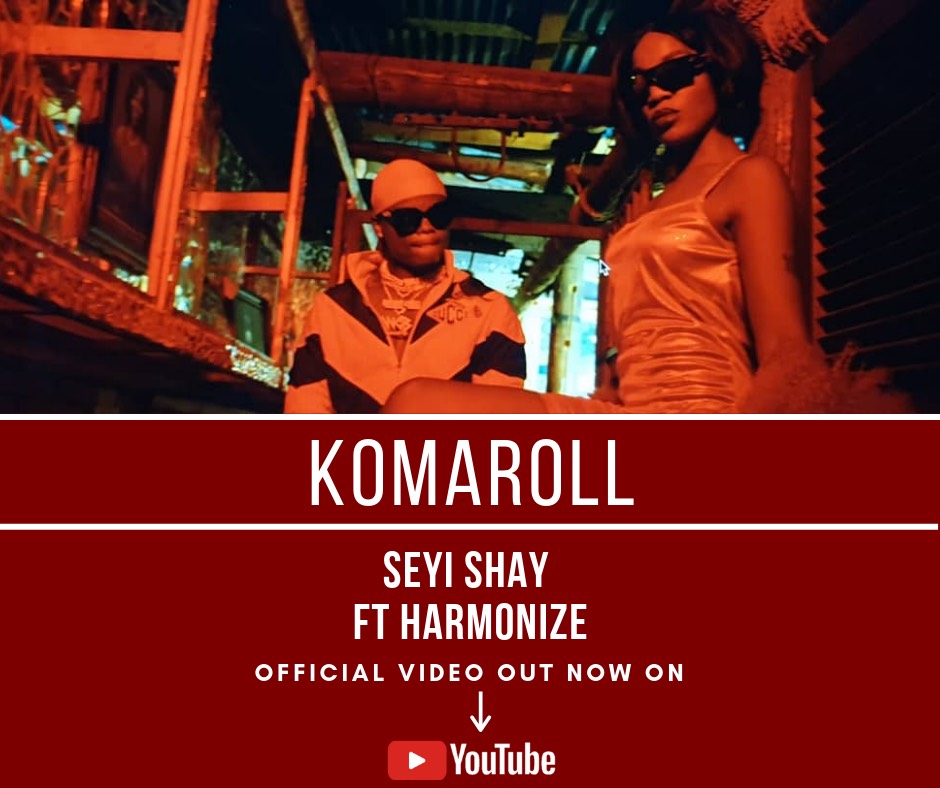 Very few Nigerian stars have done mega-successful East African collaborations. You can count Seyi Shay in the lot. It all started with her 2018 collaboration with Tanzanian artist Ommy Dimpoz in “Yanje”, with its video surpassing over 1 Million views on YouTube.

After a highly successful 2017 East African media tour that saw Seyi Shay headline at Blankets & Wine Uganda, she returns to the region with a new hit single—"Koma Roll" featuring Harmonize.

Seyi Shay is currently in Nairobi, Kenya to promote "Koma Roll", which is currently receiving heavy airplay across the region and is set to officially launch the song at B Club this Friday (22nd March 2019) night.

An ecstatic Seyi talks about her second coming to East Africa and the launch of Koma Roll, “It’s so amazing for me to be back to Nairobi for a second time. I am always in disbelief at how many fans I have here and who love my music. I’ve been in talks with Harmonize who has already invited me to Tanzania, so we are planning to head over too.”

The single serves an afropop mix of Nigerian and Tanzanian dance melodies. The up-tempo song is a club banger with an infectious sound that is guaranteed to make you move. Featuring a set of high-energy troupe of dancers, the video directed by Cardoso Imagery has purely Caribbean dance vibes; from the beach scenes to the florescent lit rooms and floral outfits. Much like the song, the scenes are very immersive, and invite the viewer to join the party. This follows the release of her sultry music video “Gimme Love” with Runtown.

Regarding “Koma Roll”—her first East African release this year and her second collabo with an East African artist, Seyi says, “I received so much love form my East African family after my last release - “Gimme Love” so I had to drop something special for all of you. I have also wanted to work with Harmonize for a long time as he is such a talented superstar. We vibed so well in the studio while working on this song for our fans, hope you all love it and it gets you dancing.”