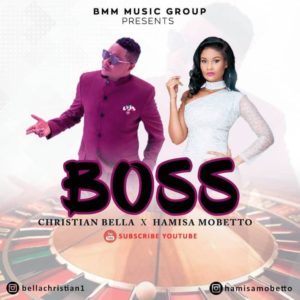 Last year, Tanzania's best rhumba performer and dancer Christian Bella served the music lovers with a viral jam titled "Moyo"which  featured Werrason. Keeping the same energy and effort his back with a new single featuring Hamisa Mobetto titled "Boss". The visuals to the song open with a shot of Dubai's Palm Tree Island and its all a luxury lifestyle from the start till the end of the Sasha Vybz's directed visuals.