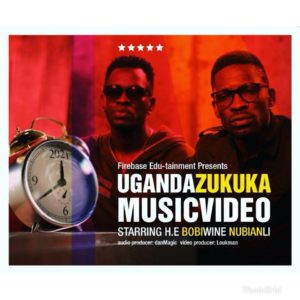 As Bobi Wine continues to play his role as member of parliament and being an artist at the same time, he has given us visuals for his chart topping single where he is urging everyone in Uganda to wake up and play their role in building the nation.  On this song he touches on a lot of subjects that Uganda as a nation is going through which makes the song more realer and one to be on our playlists for a long time. In the intro of the song Bobi Wine encourages Unity, diversity in the nation so as to make a better life for the future generations. The visuals clearly tell a story where the leaders are sleeping waiting for the next general election in 2021 instead of serving the current generation.