Kenyan singer and songwriter, Willy Paul has once again made it to the news after announcing that he is charging 1 Million Dollars for a reality show.

Willy Paul whose You made massive waves in East Africa in 2022 has made the announcement recently on his Instagram. Pozee is one of the most famous and influential artists in Kenya and East Africa in general.

On his Instastory Willy Paul who won as the Best Male Artist in Kenya at the 2013 Groove Awards stated that he was approached to participate in a reality show that is overrated and further stated he has no plans of participating in any reality show and he should be paid 1 Million Dollars if he were to participate. 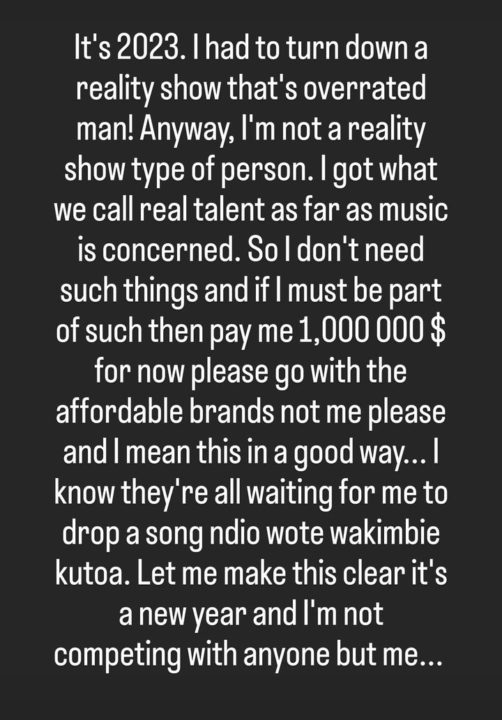 Other East celebrities that have so far played a part in a Reality Show include Tanzania's Diamond Platnumz and Uganda's Zarina Hassan who got a role in Young Rich And African Netflix series.