Sio Kwa Ubaya is now one of the top charting songs in Tanzania. Tanzanian singer Maua Sama has recently made exciting news to her fans after announcing the remix of the song.

Maua Sama who is known for her excellent vocals and charming personality has recently hinted about Sio Kwa Ubaya remake on her Instagram. Sio Kwa Ubaya which is a song by Mwana FA and Harmonize has been fans' favorite since its release where it has amassed more than 500k streams on YouTube.

On her Insta Story, Maua Sama whose talent has been raised and nurtured by Mwana FA posted a picture of her in the gym and captioned it "Sio Kwa Ubaya Remix", a hint that many fans received with excitement. 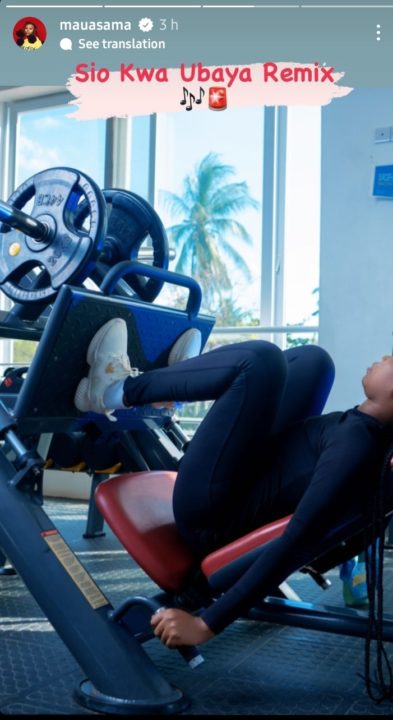 So far Mwana FA who is also a member of parliament for Muheza Constituency has not yet confirmed the highly anticipated remix.