Kenyan singer and songwriter, Jovial has finally revealed to her fans that she will be sharing a new EP with her fans very soon.

Jovial who in 2022 had her moment in Marioo's smash hit Mi Amor recently announced a brand new EP from her is on the way. The exciting news comes 1 Month since the celebrated songstress released her critically acclaimed single "Vybe".

On her Instastory, Jovial revealed that her EP is ready and in two weeks to come she'll be dropping the first project from the EP and further went on to tease fans about the featured artists. 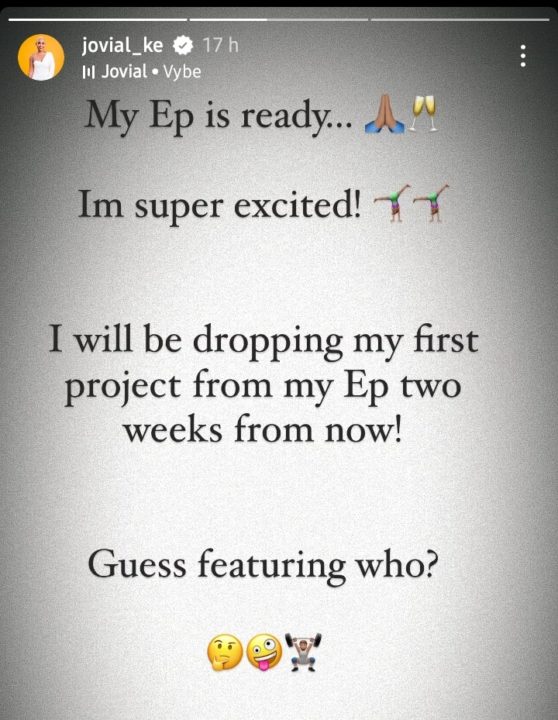 Jovial is one of Kenya's prominent female artists right, thanks to the big features she receives from different East African heavyweights such as Marioo, Otile Brown, Willy Paul and Bahati who featured Jovial in Size Yangu.