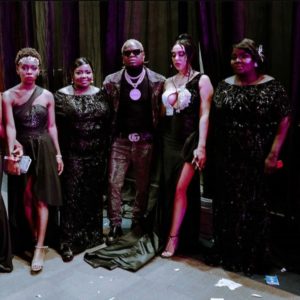 Harmonize arriving with his family to the Afro East Album Launch

Respected Tanzanian artist; Harmonize finally launches his long awaited "Afro East Album" this past weekend on the the 14th of March 2020.

The launch took place in Dar Es Salaam, Tanzania at the Mlimiani City Hall where Harmonize put on an electric live showcase of the tracks featuring on his debut album.

The Afro East Album is an 18-track project which Harmonize describes as "the sound of East Africa because African songs especially, that of East Africa is so special and creative."

Harmonize recently unraveled that this album will bring a fusion of all African Music putting together different styles from Bongo Flava to Afrobeat with major collaborations from his fellow artists.

Some notable collaborations are from friends such as; Burna Boy, Yemi Alade, Mr Eazi, Morgan Heritage, Khaligraph Jones just to mention a few. 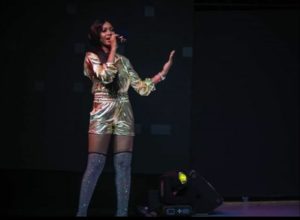 Production credits on this project go to Hunter, Kriz Beat, Abba, Wills Give Them, Fanatix, and Black.

Harmonize's debut Afro East Album is available for streaming and downloads on all official digital platforms.