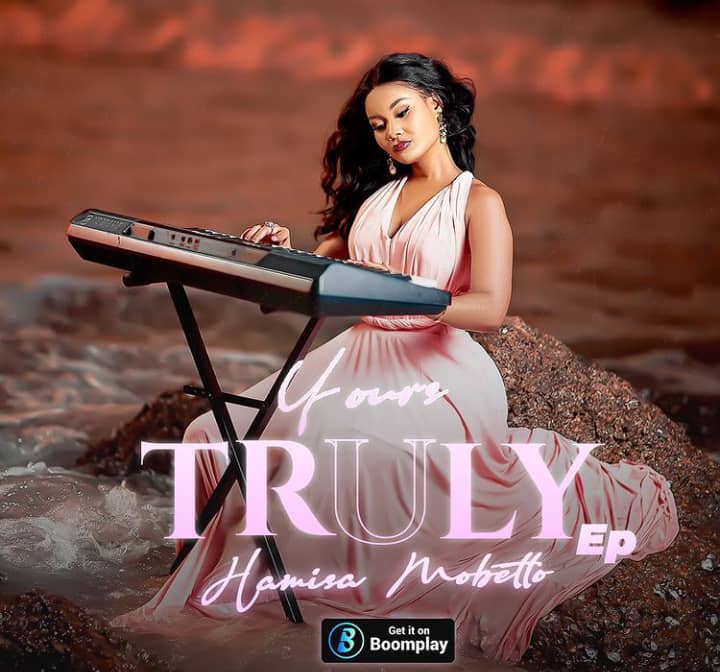 After 10 months of hiatus, Tanzanian singer Hamisa Mobetto is back again in the Tanzanian music industry after releasing a brand new EP titled Yours Truly which contains 6 beautiful songs. The EP sees the model-turned singer collaborating with Nigerian singer Korede Bello on the track titled 'Want' while Kenya's Otile Brown is featured on the 'Wewe' track.

This is the first body of work from the Bel Aire brand ambassador since her debut as a musician and makes Hamisa Mobetto one of the very few Tanzanian musicians to release an EP in 2022. Other Tanzania artists who have so far released an EP in 2022 include WCB Wasafi's CEO Diamond Platnumz who released First Of All in March and Maua Sama who recently released Cinema The EP featuring Ali Kiba and Jux.

Yours Truly EP By Hamisa Mobeto is exclusively found on Boomplay, you can listen to the full EP here: