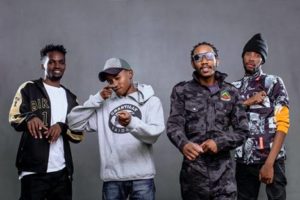 Gengetone's fast rising group; Ethic Entertainment are being put to blast by the CEO of the Kenya Film Classification Board (KFCB); Ezekiel Mutua over their most recent music video; "Soko".

The track 'Soko' came out a few months ago but was brought to the public's attention with the release of the song's official visual. From the song's lyrics, one of the members insinuate that 'he was looking for a woman with a tight cookie like that one of a baby' which was not taken lightly by many Kenyans.

Shortly after the release of the visual, Ezekiel Mutua took to his twitter to bash the group saying;

Do these perverted producers have children? How does a sane adult try to normalize rape, prostitution or paedophilia in the name of gengetone hits? The video Soko by Ethic is despicable immorality that should be condemned by all right thinking people

The Kenya Film Classification Board then contacted YouTube to get the disturbing content flagged on the grounds that it promotes prostitution, rape and pedophilia. 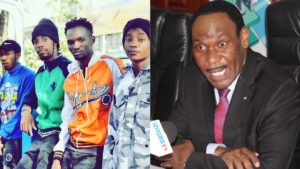 The board's CEO further announced that he and his colleagues are going to ensure that the members of Ethic Entertainment face the arm of the law in a follow up tweet;

We are pleased to report that the video Soko by Ethic Entertainment has now been taken down from YouTube following the complaint we filed yesterday. The Board will take up the matter with security agencies to ensure that the culprits face law for promoting defilement of girls.

Following the harsh consequences taken on them, Ethic Entertainment took to their Instagram account to express their regrets where they promised to release decent content in future;

Their public apology however did not satisfy the CEO; Mr Mutua, who then replied that the stars still have to face the charges for breaking the rules under the constitution.

So @ethicofficial issued this statement late last night ostensibly apologizing for their despicable song "Soko" which obviously promoted pedophilic culture. Now listen guys, You will have to face the full force of the law as provided for in the Films and Stage Plays Act Cap 222. pic.twitter.com/XoS10jE8pQ

This is not the first time that Ethic Entertainment are facing content flagship due to controversial content. Three of the groups tracks namely 'Lamba Lolo', 'Tarimbo' and 'Figa' have also been taken down from YouTube for vulgar and immoral lyrical content.