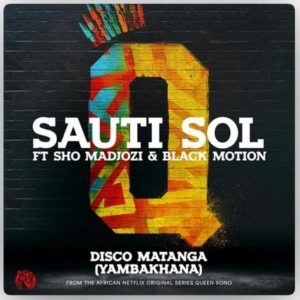 Sauti Sol, Sho Madjozi and Black Motion all major African artists in their respective regions have come together on this major tune by the title "Disco Matanga (Yambakhana)".

The talented artists collaborated on this track for the soundtrack of Queen Sono; Africa's first original series to be featured on Netflix.

This banger carries mad house vibes influenced by Sho Madjozi and Black Motion mixed with local East African roots from Sauti Sol making it one of the biggest club bangers of the year!

Have yourself a listen below!