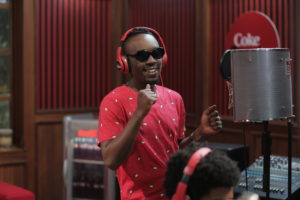 Just like in previous years, rising Ugandan acts return home to career success after killing it on the Coke Studio Africa stage during their Big Break artist stints. Lydia Jazmine and Ykee Benda are perfect examples of this. On the 2019 edition of Coke Studio Africa, emerging Ugandan star, Alvin Kizz, made his debut on the segment collaborating with Winky D (Zimbabwe) and Kizomban star Messias (Mozambique), with the trio pair produced by Nigerian producer GospelOnDeBeatz. 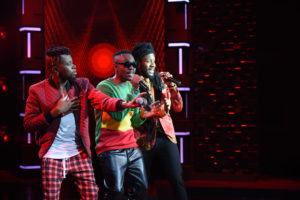 Famed for his hits “Nkulowoozako”, “Tubalaba” and “Julia”, Alvin had his big break in 2018 after the release of the smash hit single “Nkulawoozako” alongside Coke Studio Africa diva from Ugandan: Sheebah Karungi. On the show, Alvin, Messias and Winky D performed an Afrobeat, Afropop and dancehall-tinged mash-up - "Man Like Me".

It was no wonder Alvin Kizz was amped as he made his way to the show: “I feel so happy, I feel so amazing and I can’t wait to go to Coke Studio Africa because this is a platform that people get onto and it changes their lives - everyone from Uganda that has been on CSA as a Big Break artist has now burst out! I hope when I come back my career is also going to be different and that I learn from the experience on how to do better."