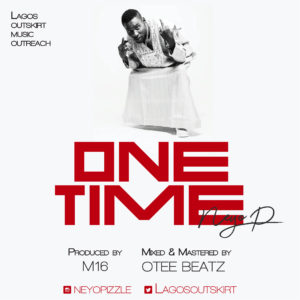 Known for his unique hip-hop sounds fused in afro beat vibes, Neyo P—the Nigeria born rapper based in Lagos is in Nairobi for a musical sejour, under which he is releasing twin videos and audios for: "Everything Pure" and “One Time”. Both singles are set to feature in his EP "4:19" slated for a 2018 release under the record label, "Lagos Outskirt Music".

While in Nairobi, he is looking to work with various acts including Harmonize, Nessa and Msupa S. Neyo P says: “So many people are afraid of failure, but what I’ve learned is that failure is a great teacher and if you're open to it, every mistake has a lesson to offer. I have learned more from failure than success, am not afraid of anything.”