SHARE
Kenyan musician, poet and humanitarian, King Kaka has been announced as the Remy Martin Brand Ambassador under the global campaign "One Life. Live Them". The campaign was unveiled for the first time in Kenya at an event held yesterday night in Nairobi. He becomes the 1st East African under this campaign. 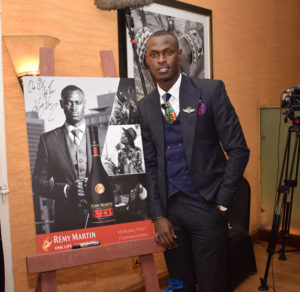 GOOD NEWS!!!!!! Another win, The 1st in East Africa , King Kaka , REMY MARTIN Ambassador for One Life Live Them, Premium Meets Premium. I am not defined by the one thing I do, but all that I do. I am Musician. Poet. Humanitarian. Why be one thing when you can be many. You only get one life. Live them. #KingKakaOneLife #RemyMartinKE @remymartin @brandon.mgb

Alvin Saal, Rémy Martin Marketing Manager, Africa says, "The call “One Life. Live Them” encourages people to live their lives to the fullest. We want to inspire people to explore their many talents and diverse interests, instead of simply being defined by a single path. In partnering with King Kaka we could not have found a more inspiring gentleman. He is someone who truly embodies the concept of being defined not just by one thing, but by many”.
Kaka started out as a poet and rapper and has risen to own one of Kenya's top music label Kaka Empire which has so far signed a number of artistes among them: Avril, Femi One, Timmy Tdat, Pascal Tokodi and Arrow Bwoy.