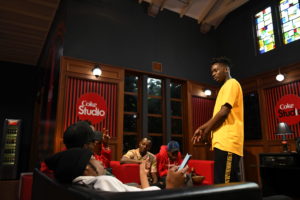 Over the past weekend, Coke Studio Africa was ablaze with the mash-up of the season, as Kenya’s Ethic music group of the “Lamba Lolo” hit fame joined Mr. Eazi in the live performance of “Keys To The City (Jogede)”. The two acts knew of each other before but never knew that they could have been paired together at the new season of “Coke Studio Africa 2019‘. 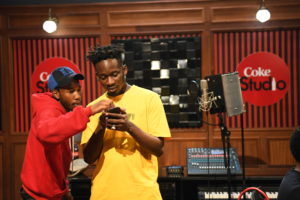 The surprise pairing and mash-up of “Lamba Lolo” and “Keys To The City (Jogede)” produced by Daddy Andre (Uganda) has been received well by most of music fans across Africa. This is Ethic’s biggest opportunity yet. Their unusual rise to fame, straight out of YouTube thanks to their blazing hood hits like “Instagram Bae” has made them popular among Kenyans and beyond. Ethic also met with Nigerian music producer Krizbeatz who produced “Pana” from their Coke Studio Africa stint and they have produced a new track “Nitolee”.