Femi One In Fire Track and Photo Shoot! 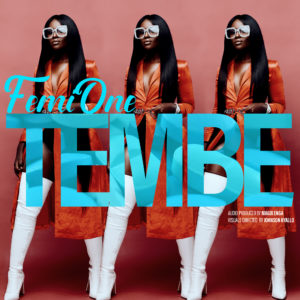 Kenyan femcee Femi One has been out on a photo shoot that got everyone waiting for her new record. Her new banger ‘Tembe" is produced by Magix Enga for Kaka Empire Studios.

Behind this sassy rapper, is a career that started when she was 15 years old. She started out in a big group of young stars who were being taught how to rap by established Kenyan rappers called Wenyeji. They went on to graduate and formed groups. Femi One got into a group with two other girls and they began rapping. She would later break off to take on her solo career.