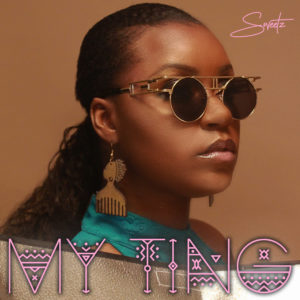 Liberian Music's First Lady, Sweetz is here to breathe fresh air into the continental music scene. International singer and songwriter Sweetz has constructed a lane for herself, and does not plan on switching lanes while she roves this very long road to success. After spending some time in and out shoddy record deals; Sweetz has decided to take her career into her own hands, and with this comeback she will prove that she can’t be stopped. "Africa is up next, and it’s time I expose a little more of what we have to offer musically to the world. While pursuing this dream; I refuse to become a watered-down international artist that conforms to society's standard of what great music is supposed to sound like”  Musulyn “Sweetz” Myers says.

Despite the fact that her stage name is Sweetz, the carefree, yet, audacious young woman isn’t afraid to speak up. This time around she has way more to say and will be heard. Very certain on what she wants these days, the 25-year-old goes back to her Afro-Caribbean roots to convey in her new single “My Ting” that all her possessions, including her man, are not to be shared with anybody.  You can purchase/stream My Ting here.