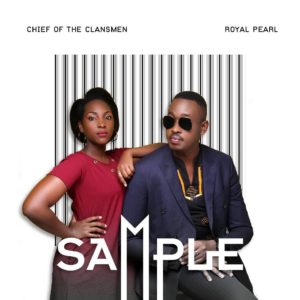 Clansmen was one group that we were excited to have on the Ugandan Hip-Hop scene and waiting to see how far they take it. Regardless of what happened between the original members of the group, Chief alongside other members have managed to the group in our ears and playlists. As we dive deep into 2018 they’re introducing us to a new member known as Royal Pearl. According to Chief, Royal Pearl of the clansmen brings harmony and calmness to clansmen music which has been known to be hardcore hip-hop in the past. This “harmony and calmness” is clearly manifested on their first release of 2018 titled “Sample” as Royal Pearl delivers a catchy hook. Sample which is produced by Arnold of dizzy dust talks about the back and forth between guys and girls. Chief added however much KSL doesn’t feature on this single we should look out for the Clansmen album and two individual albums from Chief & KSL.