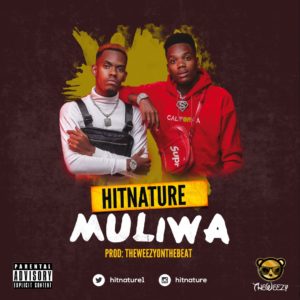 After giving us the smashing hit single "Twazikoze" that has taken the club scene by storm, the Hitnature duo alongside their producer & manager TheWeezy are back asking "Muliwa" (Where are you?). Muliwa is banger in the true sound signature of Hitnature & TheWeezy that fuses Hip-Hop and dancehall to give us something to vibe to in the clubs on the dancefloor. The gents flow effortlessly as they switch from luganda  and back to english to deiver a follow up to their club banger. The duo continues to drop music that sets them apart in the competitive industry. Hit download and  let us know what you think about the duo's follow up.