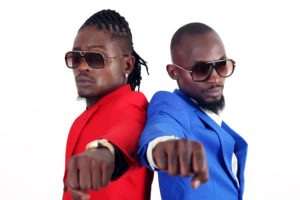 East Africa is still mourning over the passing of music star Mowzey Radio of the celebrated Ugandan duo – Radio & Weasel. Radio passed away after undergoing a surgery following an accident a few weeks ago at an Entebbe club where Radio is said to have been in a brawl with a bouncer. Together with Weasel, they were the main performers of Ugandan Music Group - Goodlyfe Crew.

Born Moses Nakintije Ssekibogo, Radio and Weasel (born Douglas Mayanja), started  out as backing vocalists for Ugandan musician Jose Chameleone before they broke off from Chameleone's Leone Island Crew in 2008 to form the Goodlyfe Crew.

The duo's songs have been successful on Ugandan radio starting with Nakudata in 2008 and have never stopped releasing hit tracks ever since. They have captured music fans across the world with their hits such as: "Plenty Plenty", "Juicy Juicy", "Can't Let You Go", "Magnetic", "Ntwalako Out" and "Bread & Butter".

Celebrating the life of the talented Ugandan Musician Moses Ssekibogo aka Mowzey Radio. Your music lives on. RIP.

From the entire Not Just Ok Team - we send our deepest condolences to all Ugandan music fans, all of Radio’s fans and family and the whole of Africa entertainment industry for losing Radio. We will forever remembered the past 10 years of Radio & Weasel.