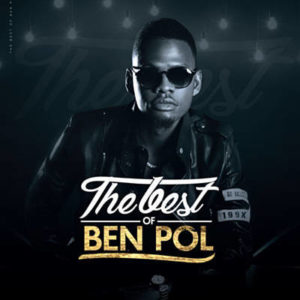 East Africa’s king of R&B Ben Pol released his long-awaited second album The Best of Ben Pol in September, 2017. The album is a celebration of Ben Pol’s infectious passion for music where the artist takes his fans on a joyful and transformative musical journey by linking past, present and future.

The 15 track album was produced by over 10 producers and showcases Ben Pol’s eclecticism and versatility. Some of the songs on the album include “Nikikupata”, “Maneno”, “Number One Fan”, “Samboira”,“Jikubali”,“Yatakwisha”, “Sophia”, “Moyo Mashine”, “Phone” and “Tatu”.

Check out the “Tatu” video:

The album also includes “Kidume”, Ben Pol’s latest release, which features leading Nigerian songstress Chidinma. “Kidume” finally brings to life a collaboration between the two artists which had been on the cards for a while. This love song written by Ben Pol and produced by Sheddy Clever is a testament to the power of love to give strength and courage. How being deeply loved by someone makes you feel on top of the world and brings acceptance and self-love.

Of equal note is the new dreamy acoustic version of “Nikikupata” which launched Ben Pol’s career in 2010 and
has aged beautifully; “Pete 2”, the re-invention of hit single “Pete” which marks the first collaboration with R&B
artist Rama Dee; and finally the closing track “Best of Ben Pol”. In this innovative and original track, the artist
strings together seamlessly some of his most well-known choruses which appeared on fellow artists’ tracks as a
tribute to his past collaborations.

The album is now available on iTunes