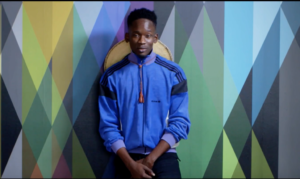 Mr. Eazi, another breakthrough artiste of 2016 visited East Africa in low key style this December. He performed at Nairobi’s entertainment spot Privee, in celebration of the popular club’s first anniversary. Before that Mr. Eazi had been in Tanzania, where he just completed shooting a video of his to-be-released new song with Tanzanian R&B king Ben Pol.

Speaking exclusively to Not Just OK East Africa before his departure to Frankfurt for a concert, Ben Pol revealed, “We have recorded a song called Phone with me featuring Mr. Eazi. The video has been shot in Dar es Saalam by the director Hanscana. We intend to release the song late December.”

Mr. Eazi is said to be fully booked for his Life is Eazi Tour across Africa till around March 2017. Talk about gigging life!