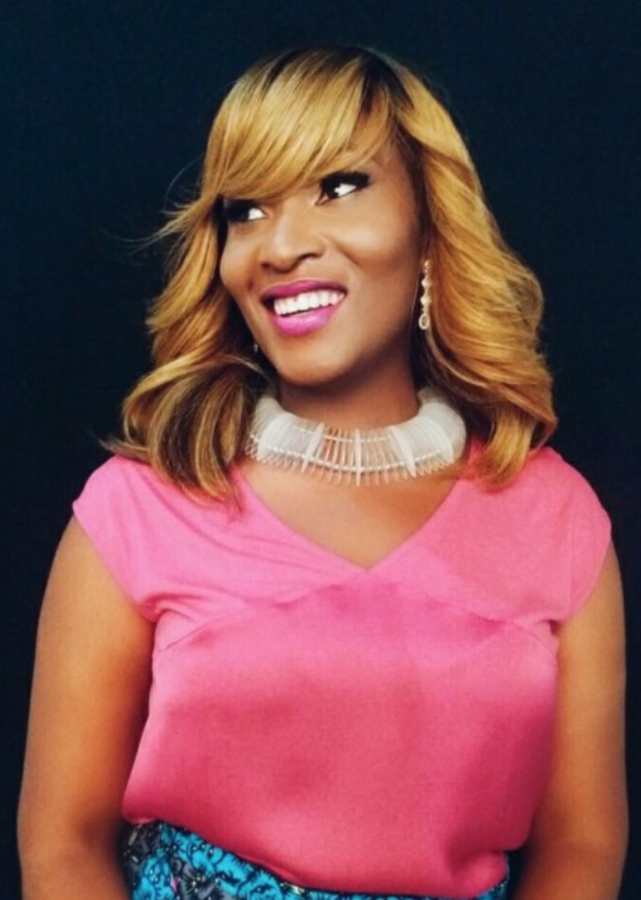 Ruby Gyang is the first lady of Soul n R and B at Chocolate City Music.  Formerly signed to Loopy Music, Ruby Moved to Chocolate City following the internal merger of both companies in April 2015.
Ruby is best known for her five octave range and her breakout singles Okay, Down and Good Man.

Her soothing vocals, distinct style of songwriting and stage charisma allows the  Benue native to mix the genre of Soul, R & B, Tribal House and Afrobeat effortlessly to create a sound that is exceptionally pleasurable.

In recognition of her talent and vocal prowess, she was chosen to perform with the Legendary Youssou N’dour to perform a duet of his song 7 seconds on the 24th of February 2014. Described as a songbird that is constantly pushing boundaries in her music and stage performances, Ruby is highly sought after by other musicians who regard her as the perfect hook singer. This is evident in her various collaborations with the likes of Ice Prince, MI Abaga, Naeto-C, Mode 9, Kahli Abdu, and the rock band Threadstone.

Ruby Gyang is incredibly passionate about child development, art development and gender advocacy. She also plans to establish a foundation that supports the development of the girl child. 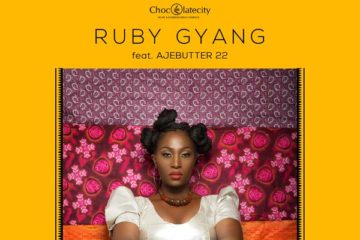 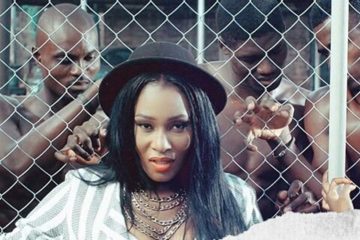 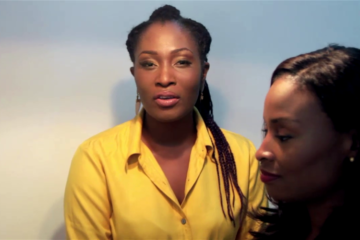 Ruby Gyang Kicks Off Her Unplugged Sessions With A Medley…

Hello. I have been nominated as Arewa Artist of the year at the Kaduna Entertainment Awards You can vote every 6 hours so feel free to vote multiple times. Link on @thekeaawards page. Thanks.

LETTER TO MY PRECIOUS DAUGHTER My Dearest Jade, When I think of the best parts of my life, you are the best thing that has ever happened to me. When I look at you and see the amazing child that you are, you are gifted. You remind me of my younger self, brave, adventurous, not afraid to try stuff, not afraid to fail. As a matter of fact, in your mind failure doesn’t exist. When I see how incredibly creative you are. In your writing, singing, rapping, drawings, producing, I am in awe that this amazing person came out of me. I feel blessed. It hasn’t been easy you know for you. You have faced things that no child your age should face, but somehow some way you are still full of life and laughter and I want to say to you my daughter that the world is yours. There is nothing you cannot do. There is nothing you can not become, there is nothing you cannot have, but you have to be willing to put in the time the work to get that. Never allow anybody tell you what you can or cannot become. Never allow another human being set the limits of your potential because your potential is endless. The only person that can stop you is you. I want to say to you my daughter that love is important, but love is not the begin all end all of life. Understand that you also have a purpose that God put you on this earth to fulfill and the greatest thing you can ever do is to fulfill that purpose. Know my child I am here for your and know my child that I will forever be proud of you. Always, Your Mom ? @parisjdada ? @remigrapher CD @ms_kafang

DEAR RUBYANN, HAPPY BIRTHDAY Honey, I am so proud of you. I am amazed at the woman you have become. You have gone through so much, you have faced set backs you have dealt with so much being a mom at a young age struggling to be an artist. You have tried to find your place in this world and as woman. You have gone through depression, suffered post traumatic disorder, but sweetheart here you are strong, here you are resilient, here you are focused. You are not just a survivor, you have triumph and you have thrived. I will say something to you, beware of the voice, you must never allow anyone else’s voice be louder in your head than yours. When it comes to your world you rule, you dominate. You’re a Queen and your word is law. It is up to you to create that life that you want to have. That life filled with beauty, positivity, love and joy. Understand that despite the delays and disappointments, know that your best is yet to come and its important that you never forget this. Love, Ruby Gyang ? @parisjdada ? @remigrapher CD @ms_kafang

Letter Too Ngohide (My Younger Self) You were a bad ass, adventurous, never listened, could not sit in one place always liked to take things apart and people thought you were destroying and you felt you were just being curious. You always ended up getting grounded or spanked because you will do things when you are told not to do. But you were bold, you will say what you want to say and go where angle were afraid to tread. You will not be afraid to fail and take risk. You will know who you are and it will be clear that you are not girly, not interested in the pink frilly dresses. You will prefer to run around in your shorts, climb trees, ride bikes, the bigger the better. You will have an insatiable desire to learn and will always be caught reading a book. Your will have a love for music and spend hours upon hours sitting in front of your daddy’s turn tables and later radio every moment falling more and more voices. You will be very sensitive and your friends will be very important to you. You will be a peacemaker and you will get into fights, hating when you and your friends stop talking. It will hurt you so much because you will love them so. Ngohide, you won’t do so well with disappointments. You will tend to let them get you down. You won’t do so well when your plans don’t come to fruition. It will depress you, but that is something you will learn about life make your plans, but the best ones won’t often happen and you will have to learn to be ok with that. You will learn how to be open to other options and how to try new things. You will find out that things you really want were not for you at that time and sometimes not at all and its cool. You will need to be careful what words you allow to sink into your soul. You will learn that you can have fun and to not take yourself so seriously. You will learn to take things easy, to let go and let God. Baby Girl you are my Hero. Your biggest fan, RubyAnn ? @parisjdada ? @remigrapher CD @ms_kafang

Yaasss.. Loving my nails by @pizzlebeauty. Hit her up to get yours done. #Slay. ??@olamideadeteye

Its #BreastCancerAwarenessMonth Ladies have you had your girls checked? Don't dull o ??@olamideadeteye

Rubees. Come chill with me on Wednesday at Cova Lounge VI Lagos. 5pm to midnight.. Invite your friends too. Cc @Thegodfather01_ @theleviadewunmi @hi be Wednesday

Today is the final show for the Mamma Mia Musical. What a journey it's been.
I would love to share it with you.

I discovered musicals as a child watching Julie Andrews in Mary Poppins & The Sound of Music. I decided I'd do it one day. See me almost three decades later actually doing it. Dream! Write down your goals. Nothing is impossible to them that believe.
Next up, Broadway. 🤸🏿‍♀️ pic.twitter.com/o4Cvibgr3g

Meet:
.
RUBY GYANG @rubygyang
.
Role: Rosie
.
.
Ruby Gyang is an R&B Soul Artiste out of Africa with outstanding grace, vocal prowess as well as a distinct knowledge of music and its delivery.
Born Ngohide RubyAnn… https://t.co/KJWuhVJdeU

Wasn’t on a flyer or announced but I got a decent, starting pay. Played a few covers and opened the show right before @StayCavy and @rubygyang. I was so anxious and barely noticed any attention except from Kema and @nosaalways who gave me a thumbs up.

Hello Darling.. Compliments of the season. Come Experience my theatre debut in the Mamma Mia. Details on the flyer.

Oh my gosh.. I remember. Zols, Hemba- it's not Today we started this work.. what a journey. God is faithful.#Grateful https://t.co/gKs2Gqj2dd

Yaaassss...
4 days in and 5 shows done.
This experience has been AMAZING. Combining singing, dancing and acting is no joke. It's stretched me beyond my comfort zone and I LOVE IT.. #mammamianigeria#mammamialagos https://t.co/pXQGR9yAqy

It has always been a dream of mine to do Musical Theatre. The combination of Singing, Dancing and Acting is no joke. I consider it the hardest thing performing artists can do.
You can't imagine how excited I was when… https://t.co/QoLaRSTGmB

Commendable move by @Copyrightngr to set the #AuditCOSON process in motion. It's an important step in the right direction.
Slowly but surely, #AuditCOSON is up and running. Big ups to @Copyrightngr.

It's my offspring's birthday today.
Jade you are amazing. Your confidence, energy, intelligence, wit, mind and heart inspire.
I learn from you everyday. Being your mother has made me discover more about myself.… https://t.co/6HuYLxUSTN

I think you can recognise that you're a separate human being than your parents while also recognising that you're also the literal embodiment of their hard work.

Give them the props. They did their job.

Sincerely, a fan you made in passing.@rubygyang thanks for the invite so many nights ago. pic.twitter.com/cq9SkxK6DR