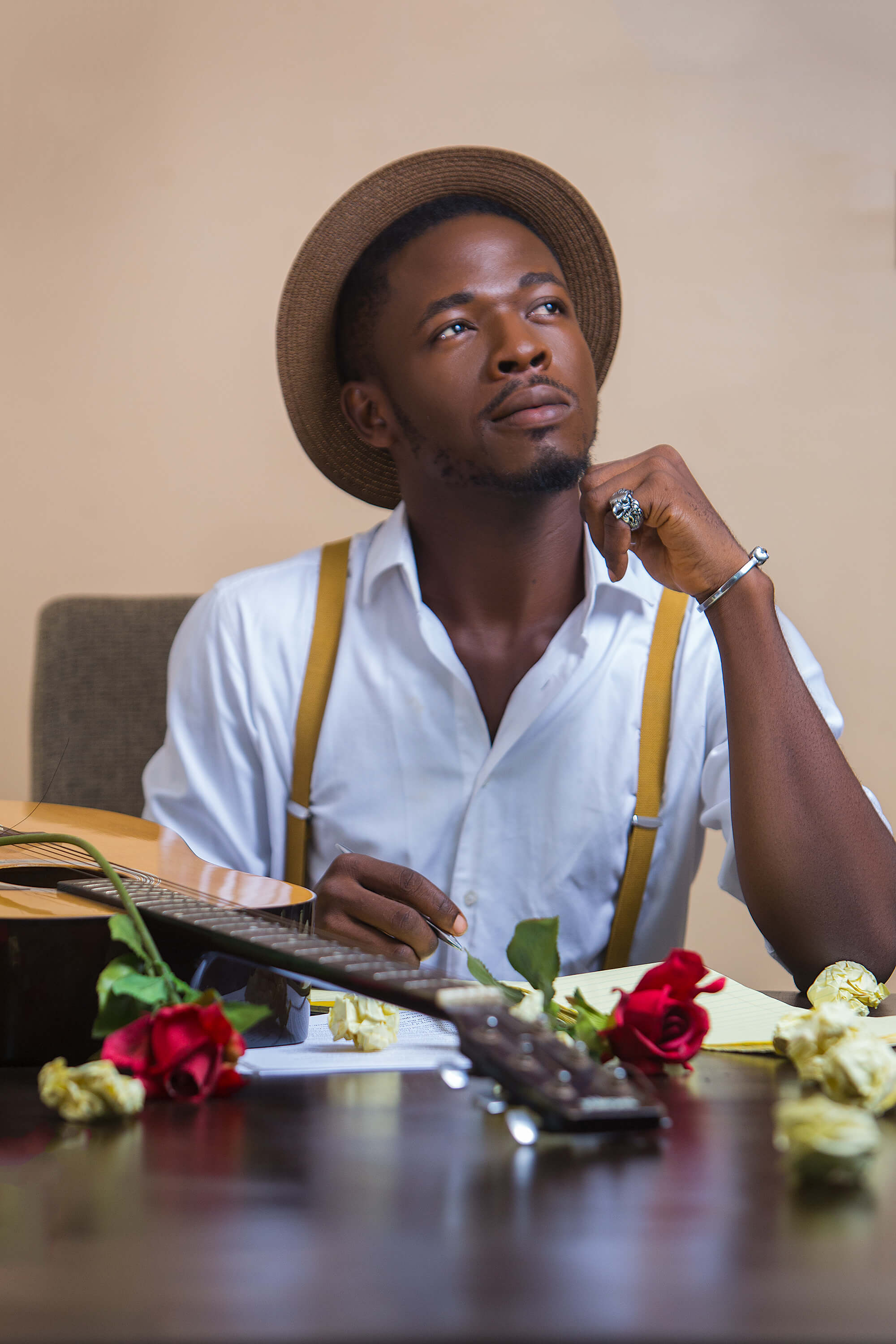 John Ighodaro, better known as Johnny Drille was born and raised in Edo State, Nigeria. He is from a family of seven including a clergy father and mother. He graduated from the University of Benin in 2012 where he majored in English and Literature.

He is a folk/alternative singer, songwriter, producer, and sound engineer. He started out music from his father’s Church at a very early age, and learned to sing around his siblings especially his older sister. He then went on to teach himself music production around 2006 when he first began using cassette recorders.

He was a contestant on the 6th Edition of the MTN Project Fame Academy in 2013.

As an artist, Johnny had been putting out songs but they had gone unnoticed until January 2015 when he released his cover version of Di’ja’s ‘Awww’ which caught Don Jazzy’s attention. The Mavin Records’ huncho followed him on Twitter to commend him. That became his first contact with Mavin Records’ CEO.

The cover introduced him to more listeners. He followed it up with a personal composition, the Christian country/folksy song ‘Love Don’t Lie’ in June of the same year. August 12, 2015 saw the release of the massively accepted ‘Wait For Me’ that top topped most of the Nigerian alternative charts. In February of 2016, he released the folksy love song titled ‘My Beautiful Love’ which is in celebration of true love.

On his choice of the folk sound, he admits he didn’t start out with it as he had tried his hands at multiple genres of music including highlife, hip-hop, and even afro-pop but these didn’t work out until he figured out a way to stand out after coming across the music of the American folk band, Mumford & Sons.

Johnny Drille music has been inspired by Mumford & Sons, Owl City, Phillip Phillips, Passenger, Jon Bellion, Laura Mvula, Cobhams Asuquo, etc. The talented singer has stated in the past the he hopes to in Nigeria and beyond redefine love songs through his music.

In late 2016 he was nominated at the Headies for Best Alternative Song for ‘Wait For Me’.

On February 28, 2017, Johnny Drille was officially announced as a Mavin Records artiste.