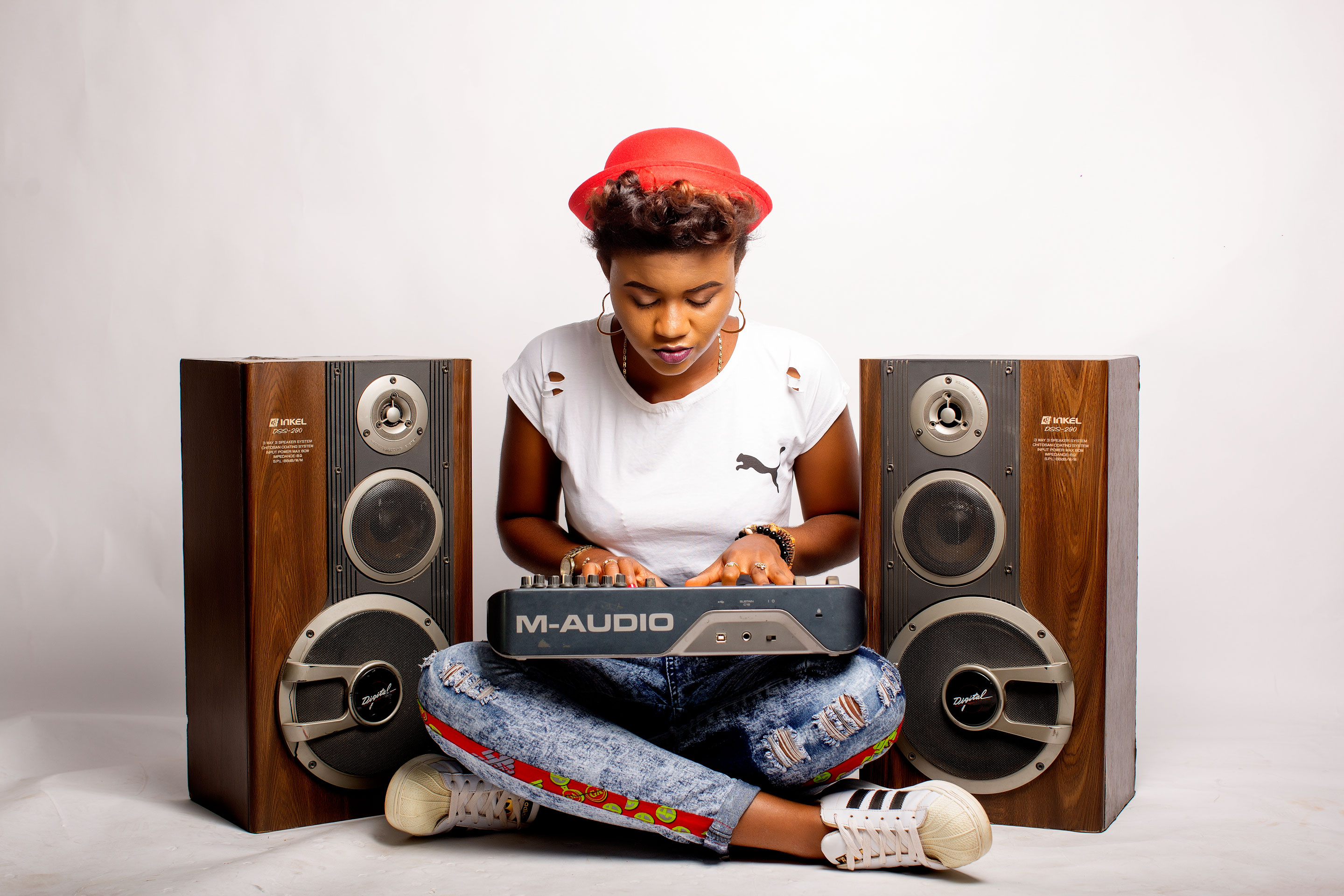 Dunnie is an Afro-Fusion singer, songwriter and Record Producer, who is well versed in playing several musical instruments such as the guitar, piano and drums. Her Debut Song ‘E go Beta’ released in 2012 was number 1 on the Top 10 countdown on Cool Fm Abuja for 3 consecutive weeks.
Dunnie who is pretty famous for her Acoustic cover of Wizkid’s JaiyeJaiye was one of the finalists of the musical game show ‘StarTheWinnerIs’ which took place in July 2014 in Johannesburg, South Africa and more recently emerged as the best performing artiste at the ‘Abuja Music Fiesta’. She has gone on to release more songs like ‘My Tomorrow’, ‘YBNL Mash Up’, ‘Bamidele’ , ‘Wahala’ and most recently  ‘Tell Me’ which features Ric Hassani, accompanied by her latest project which happens to be an E.P titled ‘SEVEN’ (link below).
She is also the Producer behind SeanTizzle’s latest hit single, ‘PEMPE’.
Advertisements