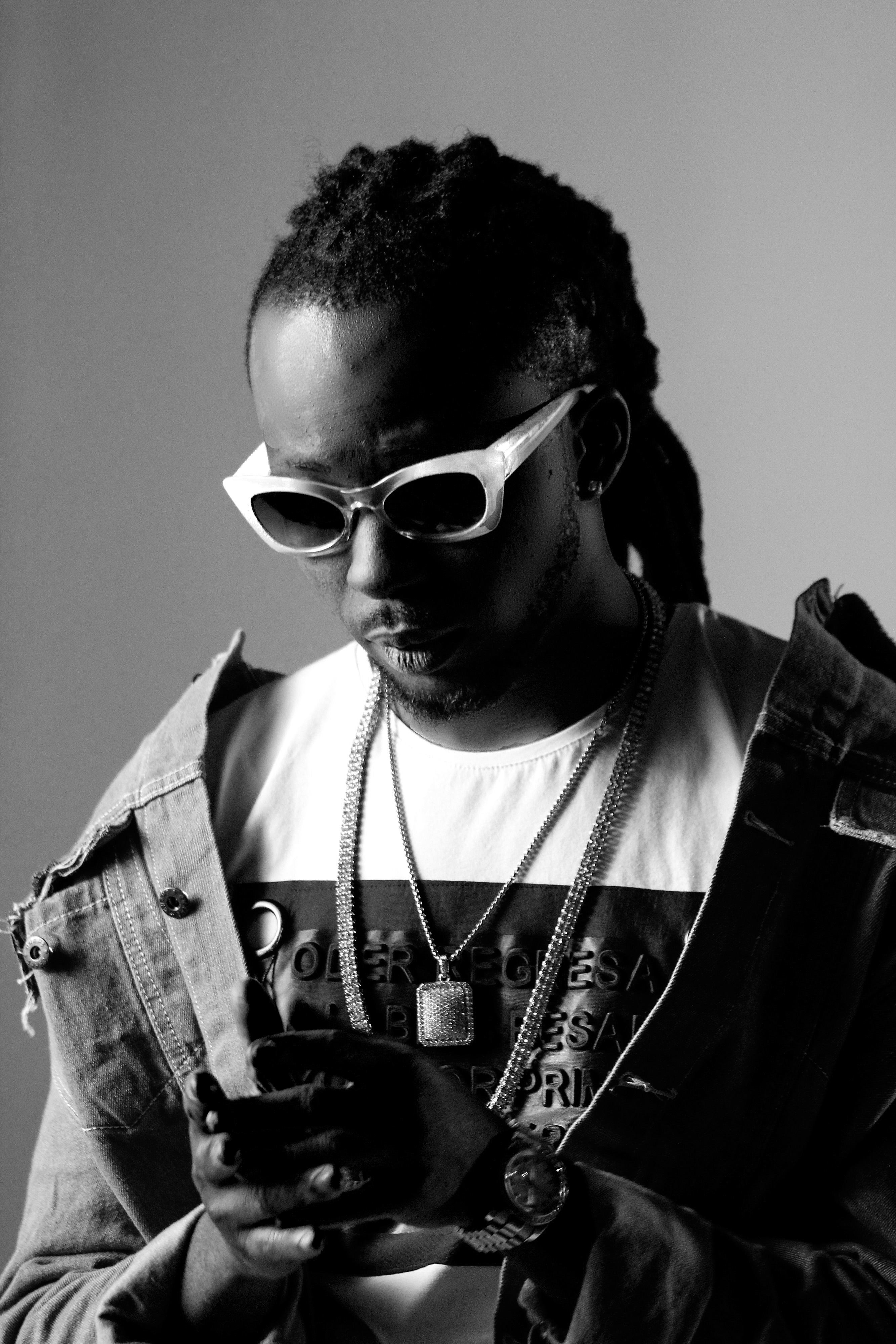 Ayodele Joseph Basil, the Music Producer, Singer and Songwriter professionally known as Del’ B became certified as one of Nigeria’s top music producers after the release of massive “Limpopo” hit by Kcee and the runaway follow up “Pull Over” featuring WizKid in 2013.

He has since ingrained his imprint in Nigeria’s music scene, producing hits for Wizkid, Seyi Shay, Flavour, Orezi, Harrysong, Runtown and many others. His production more recently helped birth definitive hit by Runtown “Mad Over You” and Mr Eazi’s “Tilapia”.

Born on April 22 in the 80’s in Kano State, Nigeria; His mother and father originally from Edo and Delta states respectively.

Del’ B (an acronym from his first and last names) is of a strong musical pedigree, as his parents, grand-parents, and great grand-parents were all musicians of some sort.

His father was the guitarist and music director of a local church choir, which he and his siblings were a part of. And at a tender age of 11, Del’ B was already playing the Bass Guitar. He soon grew to master the piano and the acoustic guitar. Following in his father’s footstep, he effortlessly became choir director in his secondary school and the church in Kano.

Back Home, young Ayodele took part in various recordings and became very interested in music production and audio engineering. And in 1998, he pursued his artistic love to Lagos, where he played the keyboards and guitar in different live bands and continued as choir director in the Lagos branch of his church.

The passing of his mom in late 2001 reinforced his desire to succeed in his music dreams (as she had been his earliest encourager) and by 2002, Del’B already had a few recordings credited to him as Producer.

He went on to hone his skill in audio engineering at MidiCorp Studios at 2004, then proceeded a year after to Playground Entertainment to understudy ace Producer/Musician; Paul Play Dairo as sound engineer, playing active role in the productions done at Playground Studios.

In 2006 he connected with the defunct (then budding) Mo’ Hits camp and was engaged as recording/mixing engineer for D’ Banj’s smash hit “Why Me” and their Mo’ Hits All Stars CV album.

Around this time he had become exposed to working with some of Nigeria’s foremost artistes, both on stage and in the studio and also working with corporate agencies on jingles and various musical projects.

2009 he signed with Soul Muzik (now Live Spot Ent.) as resident Producer/Engineer, did work on Darey’s Double Dare (Rhythm and Beat) albums, Love Like A Movie 1 and other projects.

In 2011 he struck out independently to create a structure of his own and move his career to the next level. A stream of projects with various record labels and indie artists soon followed over the following years, delivering hits with tracks like Flavour's 'Shake' and 'Sweet Tomatoes' on his "Blessed" album released in 2012, continuing the streak on Kcee’s “Take Over’’, Wizkid’s “Ayo” and more.

Del’B in 2013 and 2014 was nominated in the category for Best Producer at the Headies awards and also nominated and won in the same category at the NEA awards held in Houston, USA in 2014.

After feedback from putting out experimental singles of his own in 2012 (Too Proud, Anywhere you dey) and featuring on hot singles with top Nigerian acts over the years to buzzy single by DJ Neptune “So Nice” w/ Davido in 2015, repeating the feat on banger by DJ Spinall “Package” w/ Davido in 2016.

Del’ B has gone in a step further to make more solo music of his own as well as collaborating with some of Africa’s best to release mainstream.

First in line was ‘Oshe’ featuring WizKid and Reminisce which was received warmly with rave reviews. Next official single was ‘Boss Like This’ a sexy-smooth Afro-pop record featuring Mr Eazi, backed with slick visuals done in Nigeria and the US.

He had since entered into a creative partnership with Ultraviolet Media run by Ugo Mordi a long-time friend, to better manage business and development of other projects, while he does what he does best, create musical magic.

Del’ B has drawn inspiration from idols as Quincy Jones, Rodney “Darkchild” Jerkins, Teddy Reilly, R. Kelly, Ryan Leslie, Kanye West and many others though his artistic influence crosses cultural lines and genres, all of that plus his industry experience has made him nothing short of a seasoned to the core music maker.

From a wide array of sonic compositions, he belted out his third official single 'Die For Yuh Whyne', a sweet yet bangin' dancehall tune praising the beauty of African women across the globe in relation to our music and dance, co-starring Naija pop aces Runtown and Timaya and then a fourth single ‘Boogie Down’ few months later, whilst finishing his first ever mixtape.