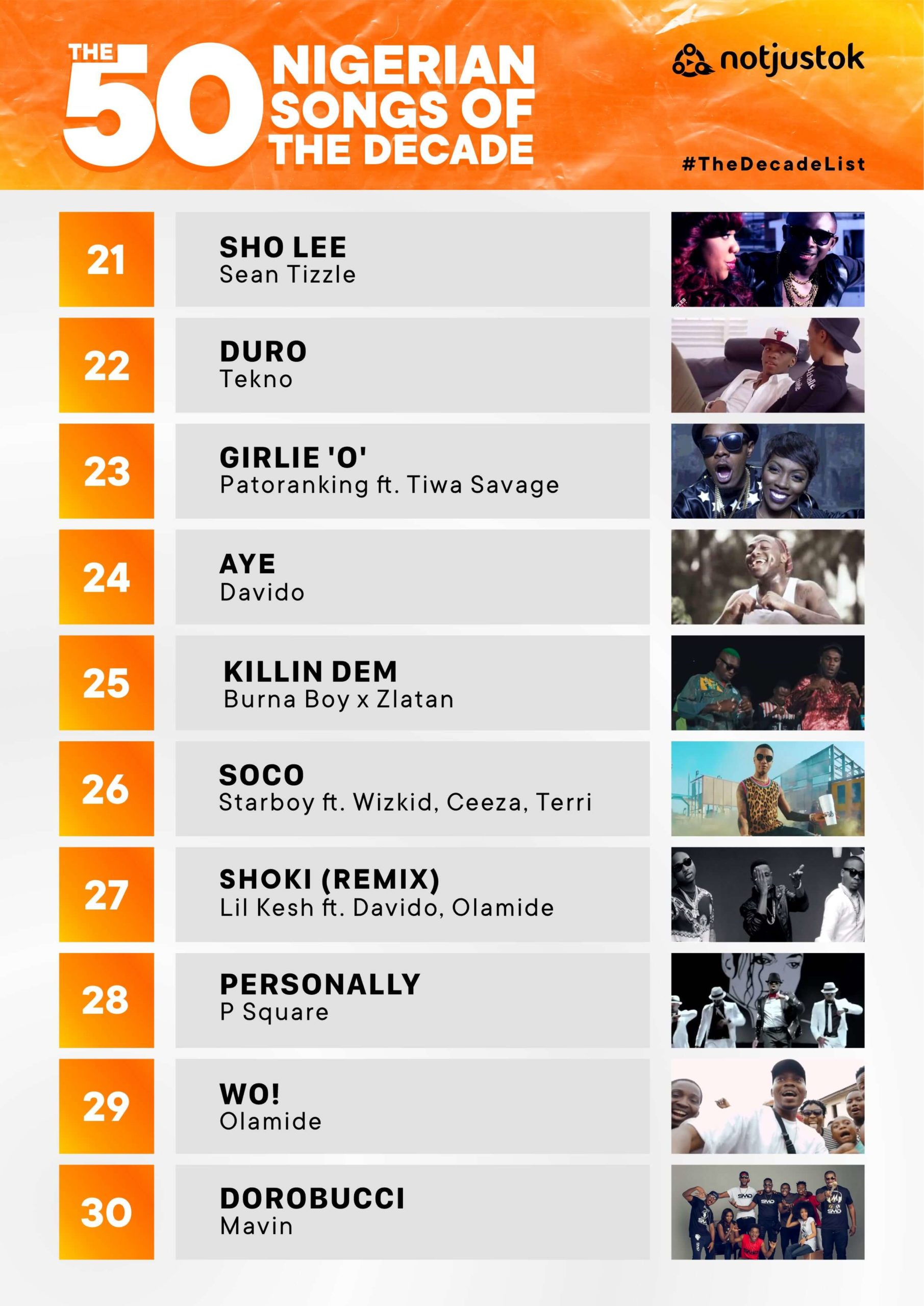 The all-label posse cut was made popular in Nigeria by the Mo'Hits crew. When they broke up, Don Jazzy's Mavin stars had to follow tradition. That led to "Dorobucci" whose influence at the time was so widespread that your favorite adult most likely added "Doro" as a prefix to his/her name.

"Wo" showed the extent of Olamide's power. The bouncy rap song had just about every speaker to itself, and played on the lips as natural as a second language.

When Michael Jackson died, iconic twin duo P Square made "Personally" and dedicated it to their major artistic influence. The song employed the melodic rhythms of Afropop and its video featured a lot of Jackson-esque aethestics, making it so irresistible a dedication that it caught the attention of Jermaine, Michael Jackson's brother. He would later feature on a P Square song.

After Lil Kesh was snagged by YBNL, he released a remix to his biggest song. And with standout verses from Davido and Olamide, "Shoki" became even bigger.

The Starboy posse cut was one of the catchiest songs of its time. It did well in introducing us to the lesser known trio Terri, Ceeza Milli, and Spotless, all of which delivered good verses to complement Wizkid's simple, yet effective hook.

This song was one of the greatest proponents of the Zanku vibe, and Zlatan and Burna Boy milked the tireless classic for all its worth.

Arguably Davido's greatest love song, "Aye" came before the 30 Billion brag. With its lyrics distant from the opulence show Davido is known for nowadays, it infused a credible feeling to the song and its visuals, which had Davido cast as a madly-in-love farmer.

When Tiwa Savage featured on Pato's breakout song, its prospect was only going to get bigger. The Afro Dancehall song was accepted like never before then, as many proclaimed love for their better halves via its lyrics.

"Duro" began Tekno's long run of one-word Afro Pop anthems. Like the other songs which followed, "Duro" featured Tekno's preferred elements as a producer and artiste: catchy verses, a simple hook, and a danceable beat.