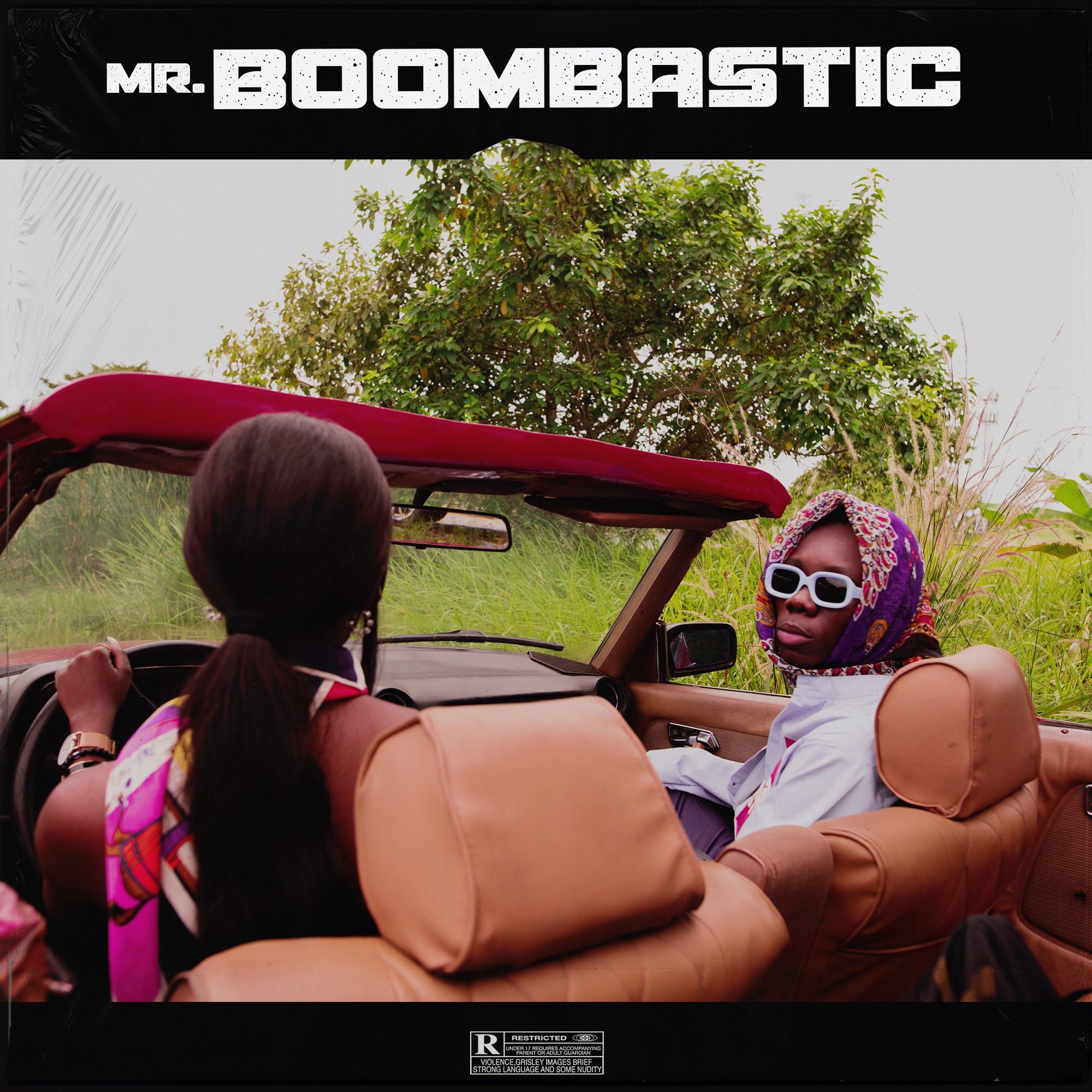 Throughout Blaqbonez's latest project, he mentions the name "Boombastic" every now and then, weaving its seven songs around the outlandish pull of his alter ego. Known for his comedic tendencies, Blaqbonez's social media handles are interesting places to visit; like Teni, he has mastered the art of using laughter as a marketing tool. Taking it steps further however, Blaqbonez gives direction to his seemingly insane brain, curating an EP that is more M.I's Rendevous than it is Yung Denzl.

To understand Blaqbonez's enigma, one has to go back to his debut album, Bad Boy Blaq. That album, a sonic palette which favored enjoyable listens over hard-hitting lyricism, was an indication of Blaqbonez's progression from a more traditional rapper to an experimental one. The follow-up follows the trend, a reliable music market was being discovered: surely, Blaqbonez was the millennial rapper, one whose style heralded a new cool, a swerve away from the punchline-heavy rap that dominated Hip Hop music from years past.

Boombastic, expectedly, features the conceptualism inherent in Ycee's Zaheer. While the latter is a rapper, the Yang to Ycee's singer Yin, Blaqbonez's Boombastic is an easygoing artist, a modern-day shade-wearing turn-up king. He is also loudmouthed, similar to Blaqbonez in this respect. The opener track, "Run My Race" features the "Best Rapper in Africa" brag yet again; some seconds before, he compared himself to a prime Muhammad Ali. The Masterpiece production is warm, a steady background of warm drums and ominous keys; bouncy, it is surely a well-contemplated decision to begin the project with such a mood: Mr. Boombastic, as he reveals in the track's dying second, just wants to vibe with you.

VIBE: The word is such an overused one, selling an unconscious idea of enjoyability. However, Blaqbonez's vibe couldn't be less far from a naturalist sense: there's a tugging feeling in the heart of this listener, somewhere, this project lacks the inherent qualities of a vibe. Blaqbonez invents them, and painstakingly so.

Features Falz and BlackMagic turn in good verses, particularly the former, who consolidates upon his position as perhaps, the best hit-making rapper out there. His verse is replete with bragging lines, comedic turns of phrases, and, more to character, these are delivered succinctly, spiced by his trademark delivery. "Magic," on the other hand, is a slowed-down vibe, a trumpet-featuring song which draws classical inspiration. Little wonder its minutes features Blaqbonez's most inspired moments on the project.

The Oxlade contribution in "God When" is another highlight of the project, infusing a fresh twist to Blaqbonez's rather (by now) tiring sense of braggadocio. "Promo," the EP's closing track, is a grass-to-grace tale, a quite delicious way to tell a very popular story. Blaqbonez's tale is fleshed out by the minimalist production; a mid-tempo vibe created on the back of a steady drum pack, its keys play ever gently behind, easing the song into an evening playlist.

Blaqbonez's persona is carried on the wings of youth. His music bears testament to this. The two, it seems, are married. Mr. Boombastic is more Blaqbonez than Blaqbonez is Blaqbonez. While the official name presents the challenge of political correctness, his created alter ego bears no such burden. In truth, its existence is sustained by its ability to perpetually shock. This project is created to shock. More than just shock, shock listeners into catching the Boombastic vibe.

However, throughout its seven songs, that is rarely achieved. Shades of brilliance here and there, but overall, it is an album that suffers from some lack of respect for the metaphorical process. Blaqbonez, if he better understood the sound he was aiming for, would have made a better EP. And yet, that can still be chalked to Boombastic being a stubborn personality – that being after all, as we'll see from the project's numbers, as crucial a benefit as the music itself.