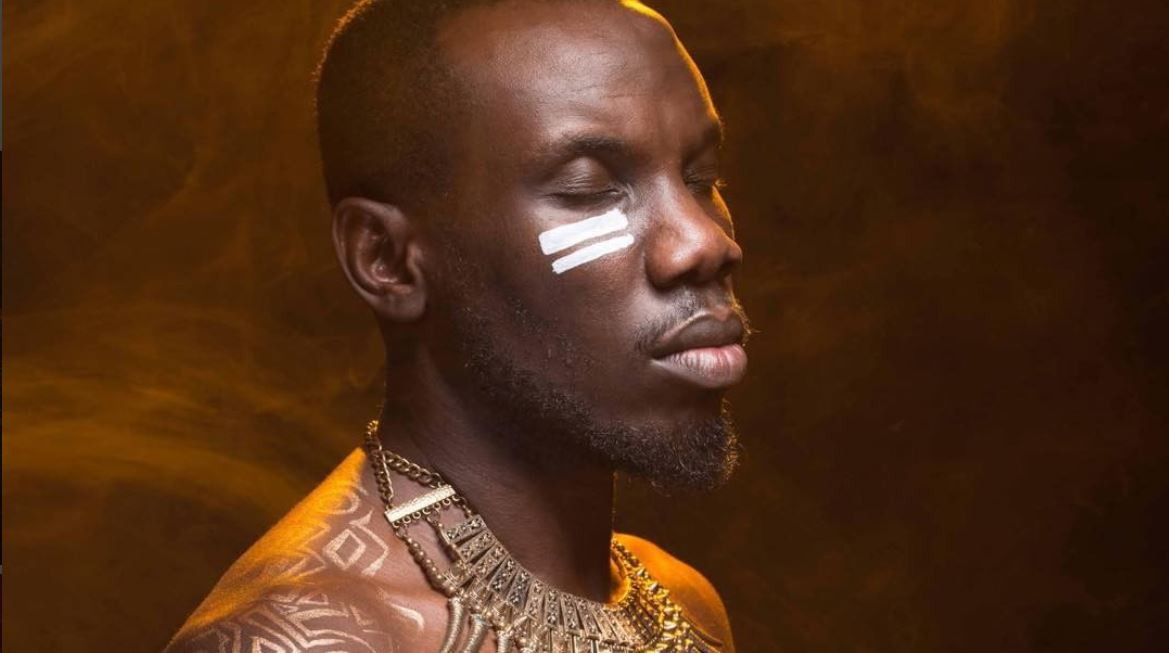 Blackmagic with his baritone and resonate themes had Nigeria's hearts. His songs were vibrant, and the cult following he amassed was due to his ingenuity, his simple way of saying complex things; sometimes, it was the other way round. Whatever the case, circa 2012, anything Blackmagic touched turned gold.

He went full offense in the industry, releasing two self-titled projects in two years. Both projects were the artiste at his finest. While the first was more inwards, a truer representation of his alternative tendencies, the second fused the collaborative strength of features to deliver a more mainstream project. The remix of "Africa" featured some of the hottest rappers of the time. Oritse Femi delivered a classic hook for "Pass You By," an appreciative number which, for added gloss to its story, fell in line with the MSN front man's biggest song, "Double Wahala."

An extended project would come by way of Black Friday (with production from Kid Konnect), with the 2015 release failing to generate much buzz.

A slide down the popularity chain didn't begin with the poor reception of the EP, however. It began with the influx of new voices, and the listenership it pulled. The Alternative sound, which Blackmagic helped bring to Nigerian consciousness, was fighting a losing battle. However, when the Santis and Odunsis surfaced on the mainstream about three years ago, their movement and sound was rallied by their youth. Although he remains a kind of ancestor to a group of people called Alté, the grace of the new times does not extend to him, unfortunately. And with his last major input coming so long ago, he was removed from his peers, too. Commercially, that is.

It is to Blackmagic's credit that he keeps trying: last year, he released projects whose impacts were like a tree felled inside a forest. At a crossroads, Blackmagic has seen the crowd depart, and all he has is his music. The music, and of course, a small cult of fans who still swear by his genius.

Releasing an album in 2020 comes with a whole lot of politics. For one, Blackmagic has to align by a movement. Of course, for one whose music thrives in different genres mashing to his signature style, it will be a huge ask. But for commercialization purposes, it is imperative for him to pitch his tent somewhere. From the first song on his latest album, his third, Blackmagic seems to recognize this. On "Soon," he teams up with the scintillating Tems, an artiste whose own sound is popularly grouped under the Alternative tag. For two voices so unique, the duet delivers on its promise. The Spax production is trademark: warm, palmwine-invoking, and easy on the ears. "Sorry to keep you waiting, I've been chasing inspiration," Ejay raps. "I've been on this journey, I can't wait no more," they both sing.

"Koole" continues in the soundscape, as Blackmagic raps as he's always done. His lines are explicit yet calculated, and the soft horns which accompany its production makes for an enjoyable listen. "Anything for Love" and "Bad Intentions" revel in the emotional, with both songs revealing different approaches to the theme. On the former, he's a lovebird, singing affectionately and on the Xela-produced song, he's more risque, singing of his appeal and his irresistibility to a woman. "She say Blackmagic oya put am," he sings. "Oshey Blackmagic oya go down."

Blackmagic hasn't forgotten how to make a conscious record, if that's what you're thinking. The critical "Dreams" is the best song on the album. Short and sharp, Blackmagic's lyricism cuts deep into the pain felt by many creatives on a daily. Especially in Nigeria, he seems to say. His hook, which manages to sound makeshift and poetic at the same time, is delivered somberly. "Ordinary Man" plays into the sequence, with Blackmagic creating a collage of emotions, singing moodily on a beat which could have been a Trap banger. His experimentation with the sound isn't as flashy as one would like, but he delivers another Nigerian anecdote that all but confirms the song's replay value.

Musical reinvention is the creative drive behind this project, as on different songs, Blackmagic takes the fresh and infuses enough of himself. A song like "Ponmo" which finds musical chemistry between Hip Hop-esque drums and EDM chops is a fine demonstration. As always, Blackmagic's sound doesn't lend itself to typical categorization.

As he's known to prefer, the soundscape of his latest album is here and there, but streamlined through a desire to express personal emotions, most of the songs allow for somber reflection. "Strong Man" is one of such songs. He addresses the pain he felt after his father's death and in the same breath, acknowledges his mother's love. There's enough for Efemena to live for, he seems to say. He reiterates this on "Blue," an oddly quiet song which is carried by Ejay's passionate singing. "I'm in my darkest days/ that's why I'm chasing blue," he sings. For a rap verse, he takes the Nigerian condition as a metaphor for his own struggles. "And yeah I got the power, but you know it's gloom and I can't charge phone with this kind of light," he raps.

Although the singing which closes the album sounds grim, Blackmagic comes back with a positive message of accepting oneself. With such a personal and vulnerable project, Blackmagic, like Ikon on Hungry to Live, favors the inward gaze. And he's the better for it: in 2020, Blackmagic isn't the big name he once was, and had he placed an overzealous eye on getting the Pop credits, he might have strayed from the autobiographical edge that has ensured the critical acclaim of this series.

This here is art which stays true to its creator, flaws and all. He's been sexually-inciting, he's been pained like every Nigerian. He's been reinvigorated, and if for anything, that will keep his fans waiting for his next project. Long live Ejay.

Loving the track. Ponmo "you gotta drop lyrics to collect your healing ooo".. nice one. Also saw the news on http://www.hypactive.com/news.php?n=335